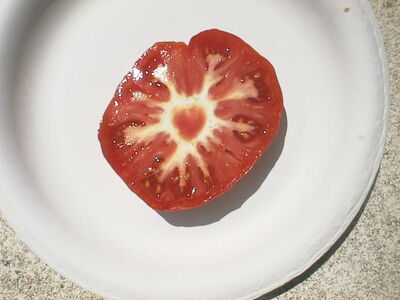 Pierogi
Mix the flour and salt together well in a large mixing bowl. Make a well in the center and add the eggs,1/2 cup water and oil. Mix well with your hands to form a mass. Add water by small amounts to bring together in a kneadable mass. Knead until smooth and silky, 8-10 minutes. Cover with plastic wrap and lest rest at least 30 minutes. Roll out to 1/8" thick on a floured surface, and cut into rounds with a large glass or small bowl. Place 1-2 T stuffing (below) into the center of each dough round. Wet the edges with a little water and fold in half. Seal with the tines of a fork. Cook 5-7 minutes in boiling, salted water and serve.

Potato Filling
Sauté the onions in the butter over medium heat till cooked through and translucent. Boil the potatoes in salted water till done. Drain well, and mash till smooth with the sautéed onions and the remaining ingredients. Adjust seasoning to taste and use to stuff pierogi.

NOTES
Pierogi is the Polish name for this culinary item. But these stuffed dumplings are also familiar to Russians, who call them pelmeny or vareniki. They are known to Eastern European Jews as pirogen. Pierogi come in both savory and sweet versions. Potato is most common, but mushroom, meat and prune-filled versions are popular in different areas and cultures. Pierogi dough, as with all doughs, is most easily made in a food processor. Simply place all dough ingredients into the food processor and blend until it all comes together. Knead briefly, lest rest, and proceed with the recipe. You can also sauté the boiled pierogi in hot butter to finish if you like. Or you can sauté onions in butter until they are soft and caramelized and then add the pierogi. Savory pierogi go well with boiled meats.

(this is one of the easier rasayana teas

as it only takes 6 hours to make)

It is also delicious and uniquely is served in

You require one tea light

and a NEW ceramic oil burner

Essential oils are mostly NOT for internal consumption and

can be very toxic if taken internally

- as you see a whole Buddha can be placed in there

- otherwise your tea will be ready too soon

In the pot you place

If you are a Triple Dorje Initiate you will know

how to metta pulse the tea for the 6 hours

It now needs to be areated

a whisking is possble

the tradiotional method is pouring from

one container to another at high speed

(practice with a cup of tea and two cups)

the important thing is the height of pouring

(start close and increase the distance)

This tea was taught to me by manjushri, it contains water, fragrance, healing, patience etc. and is most acceptable with the metta pulse, which is available now: Prepare and place the tea offering as a representation of the Buddha. Offer prostrations and practice. Holding the hands in the pema prayer mudra at the heart chakra, intensely and single mindedly, visualise Amrita/nectar/Buddha blessing enter the tea. The tea should then be added to milk and sugar and shared.

May all be Refreshed OM YA HA HUM

This recipe comes from Señor Pie of Albuquerque, also known as Scot Robinson.


The heat comes from the kick of chili pepper flavor in Señor Pie's fruit pies:
green chili apple, habanero peach and chipotle cherry royale among them.

Such desserts were the brainchild of New Mexico residents "Señor" Scot and "Señora"
Ann Robinson, who opened the Señor Pie bakery two years ago.
"We always make sure you taste the fruit before you taste the heat,
"We make our own doughs and hand-pinch the crust. We use famous Hatch chilis
from New Mexico and local products as much as possible. When I make the filling,
I wait until after it has cooled and mix the heat to order."
This allows them to customize the amount of heat, pie by pie.

He's right about the afterburner effect. We tried three kinds: green chili apple
was the mildest, rated by Lujan as a "2" on his own 10-point heat scale. He gives
the chipotle (smoked jalapeno that is ground into powder) cherry a "5," with the
habanero peach delivering the biggest kick.
We concur. ;)

With a pastry cutter or a fork, cut the shortening and salt into the flour until the mix is pebbly. Add the water and stir with a fork until the dough becomes somewhat sticky. Form dough into a ball, then cut the ball in half, handling the dough as little as possible. Wrap in plastic and refrigerate, preferably for at least an hour.

Roll dough into two circles about 2-3 inches wider in diameter than the pie shell or plate. Place one crust in the pie plate. Mound the filling atop the crust and dot with butter. Cut a central vent in the top crust. Place over the filling and crimp the edges. Glaze the top crust with egg white mixed with 1 tablespoon of water. Sprinkle with sugar, bake 15 minutes. Reduce heat to 350 and bake another 45 minutes or so.

What else is on the Menu?Edit

A chickpea leaps almost over the rim of the pot

where it's being boiled.

"Why are you doing this to me?"

The cook knocks him down with the ladle.

"Don't you try to jump out.

You think I'm torturing you.

so you can mix with spices and rice

and be the lovely vitality of a human being.

Remember when you drank rain in the garden.

That was for this."

then a boiling new life begins,

and the Friend has something good to eat.

will say to the cook,

"Boil me some more.

Hit me with the skimming spoon.

I can't do this by myself.

back in Hindustan and doesn't pay attention

to his driver. You're my cook, my driver,

my way into existence. I love your cooking."

fresh from the ground. Then I boiled in time

and boiled in the body, two fierce boilings.

I controlled it with practices.

and boiled some more, and boiled

and became your teacher."

From 'The Essential Rumi'

The Story of Stone Soup

Once upon a time, somewhere in post-war Eastern Europe, there was a great famine in which people jealously hoarded whatever food they could find, hiding it even from their friends and neighbors. One day a wandering soldier came into a village and began asking questions as if he planned to stay for the night.

"There's not a bite to eat in the whole province," he was told. "Better keep moving on."

"Oh, I have everything I need," he said. "In fact, I was thinking of making some stone soup to share with all of you." He pulled an iron cauldron from his wagon, filled it with water, and built a fire under it. Then, with great ceremony, he drew an ordinary-looking stone from a velvet bag and dropped it into the water.

By now, hearing the rumor of food, most of the villagers had come to the square or watched from their windows. As the soldier sniffed the "broth" and licked his lips in anticipation, hunger began to overcome their skepticism.

"Ahh," the soldier said to himself rather loudly, "I do like a tasty stone soup. Of course, stone soup with cabbage -- that's hard to beat."

Soon a villager approached hesitantly, holding a cabbage he'd retrieved from its hiding place, and added it to the pot. "Capital!" cried the soldier. "You know, I once had stone soup with cabbage and a bit of salt beef as well, and it was fit for a king."

The village butcher managed to find some salt beef . . . and so it went, through potatoes, onions, carrots, mushrooms, and so on, until there was indeed a delicious meal for all. The villagers offered the soldier a great deal of money for the magic stone, but he refused to sell and traveled on the next day. The moral is that by working together, with everyone contributing what they can, a greater good is achieved.

Soup is the official food of the Tmxxine Ozmonaughts
(famous Ozmonaughts include the Astral Dolphins, BIM and Lorik)
Soup is suitable for multidimensional picnics
Open a can of Vajradhara soup

Everything looks better with tea
Retrieved from "https://peace.fandom.com/wiki/Recipes?oldid=11432"
Community content is available under CC-BY-SA unless otherwise noted.