"Not what a man knows, but what a man feels, concerns art. All else is science."
-Bernard Berenson, 1897 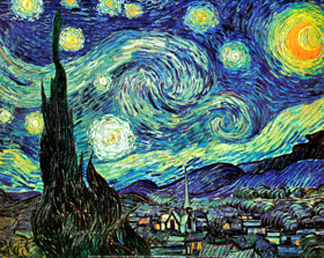 Just as there are many arts, there is no set definition of art. But one recognizable theme is, art as an expression of communication. Much good art has a classical orientation; seemingly coming from a deeper and common source, so as to possess the ability to speak to everyman, and beyond time. But art need not be so intimidating - “art for art’s sake” is also art.
Perhaps art is a verb. It’s the movement of creation expressing Itself through life itself, in many varied forms. To be bitten by a muse is an otherworldly event, allowing for the expression of the deeper, more inexpressible sensibilities. Less used portions of the brain are activated. Time stands still, all priorities are reshuffled behind the strength of creation. 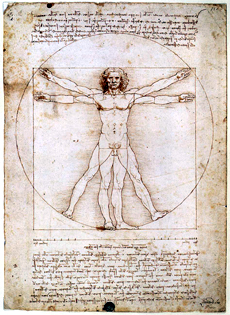 Of all the arts, visual art is, by definition, a presentation. That is to say, that what is expressed is displayed simultaneously in one moment and not strung out over time, as within the other arts. This lends poignancy to the other elements in visual art, such as line, composition, color, lighting and contrast. It presents the concepts of value and preservation.
from Wikipedia:
"Traditionally the term art was used to refer to any skill or mastery, a concept which altered during the Romantic period, when art came to be seen as "a special faculty of the human mind to be classified with religion and science".[1] Generally art is a (product of) human activity, made with the intention of stimulating the human senses as well as the human mind; by transmitting emotions and/or ideas. Beyond this description, there is no general agreed-upon definition of art. Art is also able to illustrate abstract thought and its expressions can elicit previously hidden emotions in its audience." http://en.wikipedia.org/wiki/Art 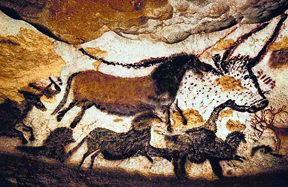 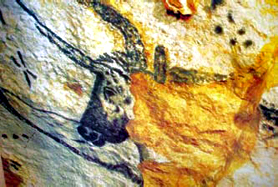 In 1940 five teenagers and their dog discovered prehistoric wall paintings in a cave in Lascaux, France. The fact that the paintings are over a mile from the mouth of the cave suggests that they were part of some ritual practice, and the cave some form of sanctuary. Many pictures of game animals – almost 600 altogether - suggests that they could be part of a preliminary hunting ritual. It has been claimed that paintings in these caves within what is called Shaft of the Dead Man, includes a map of the Pleiades star cluster, a cluster of stars sometimes called the Seven Sisters. It can be seen in the above photograph to the right. These cave paintings are said to be approximately 16,500 years old. Damages from heavy volumes of tourist traffic caused authorities to close the caves to the public in 1963, but they have built a replica.
Similar cave paintings have also been found on the walls of caves in Spain, in the mountains known as Pico de Castillo, from 14,000 years ago. More star clusters have been identified within patterns of dots, which are said to form a constellation known as the Northern Crown.
http://news.bbc.co.uk/1/hi/sci/tech/871930.stm
These discoveries have shown both the artistic talents of our prehistoric ancestors, and also their knowledge of the stars. 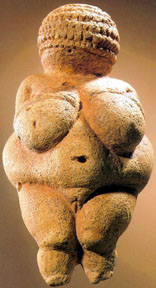 The above picture is the Venus of Willendorf, discovered in Austria in 1908 by archaeologist Josef Szombathy. She has been estimated to have been carved of limestone between 24,000 and 20,000 BCE. She is possibly a fertility goddess, due to the rotund nature of her 4 and 3/8 inch tall personage.
She is now in a museum in Vienna.
From Wikipedia: "Since this figure's discovery and naming, several similar statuettes and other forms of art have been discovered. They are collectively referred to as Venus figurines, even though they pre-date the mythological figure of Venus by millenia, and are not thought to be representations of that goddess." http://en.wikipedia.org/wiki/Venus_of_Willendorf

The next few thousand years finds artifacts from the ancient empires of Sumer, Akkad, Babylonia, Assyria, neo-Babylonia, and ancient Iran, aka Persia. Most of the art from these periods are 3-dimensional artifacts with utilitarian functions in warfare, architecture, wall panels and funerary items. The below was excavated in what was the old royal cemetery in what had been the ancient city of Ur, which was located in modern-day Iraq, south of Baghdad, and dates from 2600 – 2400 BCE. It is a hollow wooden box and a mosaic inlaid with red limestone, lapis lazuli and shells. Its original function is not understood, but it has been suggested it was born upon a pole as a standard, thus it’s common name The Standard of Ur. Another suggestion was its use as a carrying case for a musical instrument.There are two larger panels – one side depicting peace, the other side war. It is currently in the the collection of the British Museum. 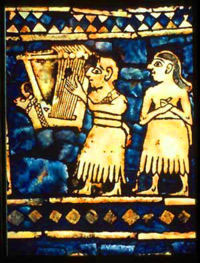 Human skulls encased in plaster were excavated in Jericho, in modern day Israel, dating from the pre-pottery Neolithic period, circa 7000 BCE. They have inlaid seashells for eyes, and painted hair. Since the skulls were removed from the body before burial and displayed above ground, it has been suggested that they were “spirit traps”. 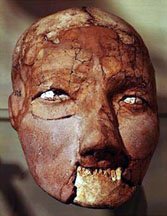 Çatal Hüyük was an ancient village in Anatolia, or modern day Turkey. The site was excavated in the 1950’s, dates back between 7000-6000 BCE, and was a fairly large prosperous Neolithic village. It was said then that the Great Mother was the inventor of agriculture and great creator of all, and consistent with that notion many small goddess figures made of stone or baked clay have been found. They have only excavated about one-fourth of the site to date, but have found approximately forty shrines, and it appears to have been a matriarchal society. 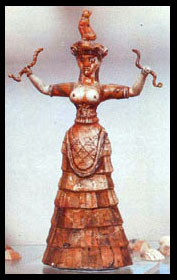 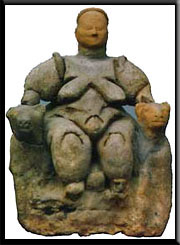 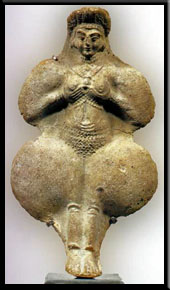 Retrieved from "https://peace.fandom.com/wiki/Peace_Art?oldid=11310"
Community content is available under CC-BY-SA unless otherwise noted.