See also Nature related Links listed at the end of this page.

At present, in this vicinity, the best part of the land is not private property; the landscape is not owned, and the walker enjoys comparative freedom. But possibly the day will come when it will be partitioned off into so-called pleasure-grounds, in which a few will take a narrow and exclusive pleasure only--when fences shall be multiplied, and man-traps and other engines invented to confine men to the PUBLIC road, and walking over the surface of God's earth shall be construed to mean trespassing on some gentleman's grounds. To enjoy a thing exclusively is commonly to exclude yourself from the true enjoyment of it. Let us improve our opportunities, then, before the evil days come. 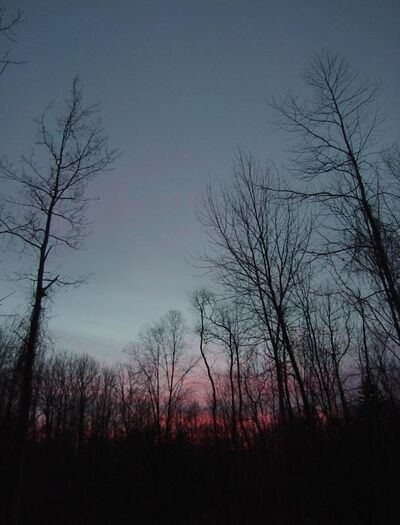 == "What is life? It is the flash of a firefly in the night. It is the breath of a buffalo in the wintertime. It is the little shadow which runs across the grass and loses itself in the sunset." Crowfoot, Blackfoot warrior and orator ==

I believe in the cosmos. All of us are linked to the cosmos.
So nature is my god. To me, nature is sacred. Trees are my temples
and forests are my cathedrals. Being at one with nature. 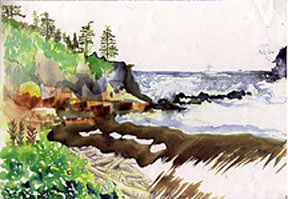 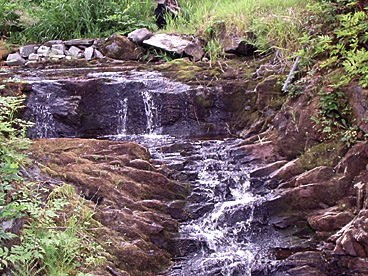 'I settled at Cold Mountain long ago,
Already it seems like years and years.
Freely drifting, I prowl the woods and streams
And linger watching things themselves.
Men don't get this far into the mountains,
White clouds gather and billow.
Thin grass does for a mattress,
The blue sky makes a good quilt.
Happy with a stone underhead
Let heaven and earth go about their changes.'
- ---COLD MOUNTAIN 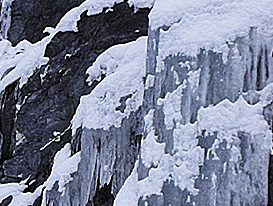 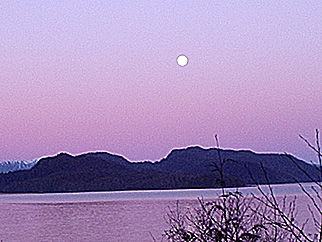 "...grizzly bears and wolves every night, The distant howl of a large
wolf sounds much like the hooting of an owl, and the trinkling sound of
snow-rills is scarcley heard. The forrest is still, except now and then the
fall of a pine cone, sounding like a stone thrown. At dusk, the howl of
approaching wolves is heard, coming up the Western dell; but the dogs
take no notice of them, till they are quite near. They are accustomed to
their howlings..."

``The scientist does not study nature because it is useful; he studies it because he delights in it, and he delights in it because it is beautiful. If nature were not beautiful, it would not be worth knowing, and if nature were not worth knowing, life would not be worth living. Of course I do not here speak of that beauty that strikes the senses, the beauty of qualities and appearances; not that I undervalue such beauty, far from it, but it has nothing to do with science; I mean that profounder beauty which comes from the harmonious order of the parts, and which a pure intelligence can grasp. -Henri Poincaré

``Our minds are finite, and yet even in these circumstances of finitude we are surrounded by possibilities that are infinite, and the purpose of human life is to grasp as much as we can out of the infinitude. -Alfred North Whitehead


"And therefore I followed the coast for one hundred and
seven leagues to the point where it ended. And from that cape, I saw
another island, distant eighteen leagues from the former, to the east, to
which I at once gave the name "Espanola". And I went there and followed
it's northern coast, as I had in the case of Juana, to the east -
ward for one hundred and eighty-eight great leagues in a straight line.
This island and all the others are very fertile to a limitless degree, and
this island is extremely so. In it there are many harbors on the coast
of the sea, beyond comparison with others which I know in
Christendom, and many rivers, good and large, which is marvelous.
Its lands are high, and there are in it many sierras and very
lofty mountains, beyond comparison with the island of Tenerife.
All are most beautiful, of a thousand shapes, and all are accessible.
Espanola is a marvel."

Return to the Source

'Empty yourself of everything.
Let your mind be at peace.
While ten thousand things rise and fall,

the Self contemplates their return.

Each of them grows and flourishes and

then returns to the source.

Returning to the source is stillness,

which is the way of nature.'

Retrieved from "https://peace.fandom.com/wiki/Ma_Nature?oldid=9964"
Community content is available under CC-BY-SA unless otherwise noted.