"there isn't a dark cloud in front of every silver lining" 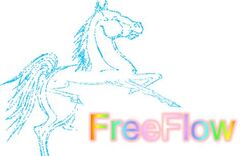 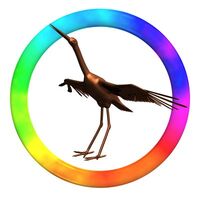 William Faulkner, in his Nobel Prize acceptance speech, said : "I believe that man will not merely endure: he will prevail. He is immortal, not because he alone among creatures has an inexhaustible voice, but because he has a soul, a spirit capable of compassion and sacrifice and endurance."
Compassion and sacrifice and endurance?
Or let's go swimming?
Both?
All of the above.

What is our Next event? How about a Cyber conferenece on FREEFLOW?

Freeflow is an enabling, gift based, economic system having roots in the open source movement, Lets and Buddhist Dharma.

Having the strong wish that all living entities in the universe
are free of suffering, with peace of mind and heart
connected with all reasons for happiness

Freeflow is creating a new outlook. Developing nations and people can use no cost materials and resources. The developer community is trying out new systems and most importantly leaving a legacy that will be available for generations to come. The attitude is of particular benefit to the commercial sector who can obtain code and tools which they can then commercialise.

Here I feel the usage and understanding of P2P servers (that is bit torrent) such as azzurus and limewire are required. A static server or repository is to fragile.

We have a wiki! 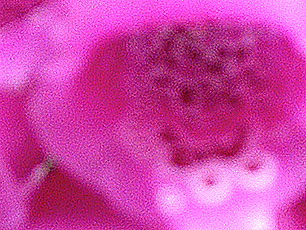 "Thinking, reading, and repeating statements of
truth with deep attention will help to clear away
negation and to establish a positive attitude in your
mind. Repeat your prayers and affirmations with
deep concentration until you establish a habit of thought,
until it becomes as natural for you to think
in the right way as it previously was for you to think
negatively."
. - PARAMAHANSA YOGANANDA

Designed and developed by Jigme Champa, refugees from a healing group and some flea bitten moggies. Along for the ride are Linux advocates, Curl programmers and others.

Direct democracy is a regime in which the adult citizens as a whole debate and vote on the most important political decisions, concerning matters on which, in representative systems, parliament now debates and votes, and where their vote authoritatively determines the actions to be taken.

The essential feature of direct democracy – citizens taking the important decisions – is compatible with many types of institutional arrangements, including existing representational ones. Thus, substituting popular voting on the most important decisions does not necessarily mean that parliaments need be abolished. They could be retained in a variety of roles. One would be as a committee to debate and set the wording of the policy alternatives to be voted on by citizens. Another would be to stage an advisory debate or even and advisory vote on the matter under discussion. Still another would be to oversee detailed administrations of policies endorsed by the population.

What if people say a recipe is impossible?

We started with a simple premise

"I wouldn't have seen it if I hadn't believed it myself!!!"

I heard it couldn't be done ...
but it don't always work.

"The future ain't what it used to be."

For any recipe you will need

Can reality 'bootstrap' itself into Soup? Reality exists because from the quantum to the mechanical, only that forming patterns that obey predictable recognisable laws have qualities of existence In other words the density of material existence comes into being from nothing where the certainty is a creation. All that which dissolves back into quantum and macro uncertainty has no formation. We exist because if not existing we would be in another unpatterned or chaotic condition.

"This page... is beyond anything I've seen"

Was reading this philosophical tract by Philosophy Professor, farmer and author (an excellent combination) Roger Scruton

"We can observe brain processes, neurons, ganglions, synapses, and all the other intricate matter of the brain, but we cannot observe consciousness."

We don't have to, just as I do not need to know the binary coding to use this wiki. The world reflects the nature of the inner. That is how Tmxxine works. The future determines the past by arriving from it.

"I can deliberately think of Mary, judge a picture, make a decision or a calculation, even imagine a centaur, but not deliberately have a pain in the finger, a fear of spiders, or a desire for more cake."

What a strange cakeless world philosophers live in? We of a more imaginative discipline know that creation starts with the unimaginable. Are you conscious of that? You're a better centauar than I will ever be if you can not.

"Suppose you came across a person who behaved and talked as you did, who related to you in all the ways that people relate to each other, and who one day—to your astonishment—unzipped the top of his head to reveal nothing save a dead kitten and a ball of string. Scientifically impossible, perhaps. But logically possible, and giving no grounds at all to deny that this person was conscious."

Now you are talking. I seem to get this all the time. In fact I am convinced that my own thought is nothing more than a Kitty Ball and dead string theory. . .

"We attribute perception of a kind to mussels and oysters—but are they conscious? Should we feel remorse when we pry open the oyster and sting its wounds with lemon juice?"

Personally I like to treat the lemon juice as conscious but hey that is just a feeling . . .

Retrieved from "https://peace.fandom.com/wiki/Freeflow?oldid=11437"
Community content is available under CC-BY-SA unless otherwise noted.