What sort of programming would non programmers want?[edit | edit source]

What is ASQ?[edit | edit source]

Existing computer languages are developed by programmers. They have done an incredible job. Meta-programming now suggests that interface should generate code. Code that produces code.

ASQ is a 'language' or interaction where we users say what we expect our computers to do and the computer helps with this process. End user programming. Programmers, academics and experts need to be deployed after a language is working. Tell a programmer what is required - they do it. They are the ultimate abstract engineers.

A simple, open source, high level 5th generation language will benefit all those requiring ease of use, rather than another limiting language dialect. The highly developed human capacity for 'pattern recognition' will be of interest to those realising that the problem in computing is no longer information but 'sorting'. A key component of ASQ is the integration of components or applets and AI search engine capacity for manipulation across the internet, which is now an extension of most users machine. Carrying the whole (yes the whole) of the Internet on ones embedded newsprint awaits the introduction of Quantum storage and is some way off. Writing a language is relatively easy. Evaluating what and why you need programming to be fundamentally different now becomes a necessity. In traditional languages the user tells the computer what to do. Coding can be slow and arduous as the programmer/designer/user learns a language that the computer understands.

ASQ is for people who would NEVER program or compromise their diversity and intelligence. One day everyone will program. Programming will be part of transparent computer literacy. Time to prepare. Language evolution through chaos.

These are all forms of programming

Techno-elitist programmers might laugh at that assertion, go ahead, you know you want to. We have to ask whether programming is enabling people to use their computers effectively? Who will have the last laugh? LOL.

What is Pseudo-coding?[edit | edit source]

"Computers are useless. They can only give you answers." ~ Pablo Picasso

Sometimes art is equally useless. We have enough questions.

Computer literacy is the ability to communicate and effectively use computers and that increasingly includes programming or configuring. Programming languages need to evolve and recognise the available skills and requirements of every day non programmers as potential allies.

This requires a shift of emphasis from

Are we all programmers now?[edit | edit source] 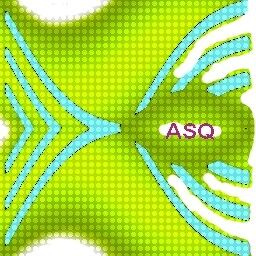 Question: How many non programmers can use Smalltalk?

Answer:
Most computer users are already using part of Smalltalk. Windowing systems. Drag and drop. Menus. Buttons. These are half the skills used in Smalltalk programming . . .

What is thought of as "Real Code"?[edit | edit source]

The simplest programming statement is usually

PRINT - has got nothing to do with printing
it means "put on screen"
but it is already on the screen - so why bother?

Basically because in the Victorian era (I think it was) they had no monitors and computer programs had to be printed out.

IS usually the way it ends up working in the long term . . .

Look far enough into history (pre-Babbage computing) you may find a language something like this:

OK then what about some maths

Wot? Dunno about you but I am using a monitor - not a teletype printer (think I saw one of those in a museum) Too much of coding is code upon code. Programming seems to do everything except allow you to program . . .

Don't you mean add and what is that thing on the right of the keyboard if not a calculator - so why when I press numlock and do maths does it not do some work? - Activating a calculator mode would be sensible . . .

The reason such rudimentary illogical use of communication (where PRINT has nothing to do with printing) is permitted for historical reasons. Computer languages have been designed by programmers. There is the flaw, the bug in the machine. The bug in the machine is still working to the constraints of the machine. We have sufficient processing power to work to our requirements. Do programmers have sufficient vision? How can they? Have programmers been narrowed to expect little? Is the idea of taking 30 years to design a programming language ludicrous to them? It is time to consider the ludicrous nature of programming that is still stuck in the past 40 years of computing history.

for Developers
for Designers
for Documentors
for Coders
for Decoders

Retrieved from "https://peace.fandom.com/wiki/ASQ?oldid=10608"
Community content is available under CC-BY-SA unless otherwise noted.